Check Out These Five Tips to Build Truly Massive Arms

Planning on heading off to the “gun show” in the near future? Do you hope to transform those spaghetti arms into meatballs? If so, you are not alone. Ever since the front-double biceps pose was first invented, men have been looking to enhance the appearance of their arms. Women are likewise joining the fray, as a pair of well-built arms is considered to be quite attractive in this day and age. The only problem is that you might not be entirely certain where to begin. Let’s cut through the nonsense and get down to business. We will examine five of the most powerful ways to pack on solid muscle while cutting fat and protecting your joints.

This first exercise can only be called the veritable meat and potatoes of any workout regimen. Standing biceps curls have been touted by the greats of bodybuilding, so they should always be included within your routine. Keep in mind that you can also vary the grip of these curls in order to target specific areas of the bicep muscle. A closer grip will place a greater amount of strain upon the outer head and a wider grip is used to stress the inner head. While there is nothing wrong with loading up the bar and performing cheat curls from time to time, strict form will afford better results. Place your back flat against a wall in order to prevent your upper torso from swinging.

Preacher curls are another staple exercise for biceps. The main benefit with this movement is that it tends to isolate the entire muscle. Thus, you will not be activating nearby groups such as the triceps and the frontal deltoids. This exercise works best when used with an E-Z curl bar, as less strain will be placed upon your wrists. When performing the eccentric portion (as your arms lower to the floor), make it a point to slowly control the weight as opposed to performing a jerking motion. You might otherwise inadvertently strain the lower head of your biceps muscle (where it attaches to the inner elbow).

We will now take a look at triceps. Ironically enough, many individuals feel that the secret to big arms involves biceps alone. On the contrary, the triceps comprise a full two-thirds of the upper arm and there are three different heads which can be targeted. While countless exercises for triceps can be performed, the most effective involve economy of motion. We are referring to good-old press-downs.

Press-downs are excellent due to the fact that you can overload the triceps muscles without placing a great deal of pressure upon the elbow joint (this is not the case with other movements such as French presses and skull crushers). However, do not get into the habit of leaning over the weight as you push it to the floor. This takes pressure away from the triceps and redistributes it to your shoulders. Keep a straight back and make certain that your elbows remain tightly at your sides during the entire movement.

Kick-backs are another great way to target your triceps; particularly the upper portion of the “horseshoe” (the part which attaches to your lateral deltoid). There is also nothing wrong with throwing around a bit of weight as long as you do not get into the habit of swinging the dumbbells. It is better to use a more controlled motion and to squeeze at the top of the movement for one or two seconds. This forces more blood into the muscle and as a result, you will experience a much more profound pump.

We have just taken a look at two excellent exercises for each muscle group. However, there is one more secret to divulge. Many individuals prefer to use combination sets (sometimes known as compound sets) to enjoy even more results. In this sense, we are referring to pairing a biceps exercise (such as standing barbell curls) with a subsequent triceps movement (such as push-downs). You will be fatiguing each muscle, it is much less likely that either will be able to help the other and detract from the discrete benefits of the movements themselves.

Of course, feel free to experiment with variants of the exercises mentioned above and be sure to download the professional Trion fitness app so that you can keep track of your progress along the way. There is no doubt that you will be surprised with the results! 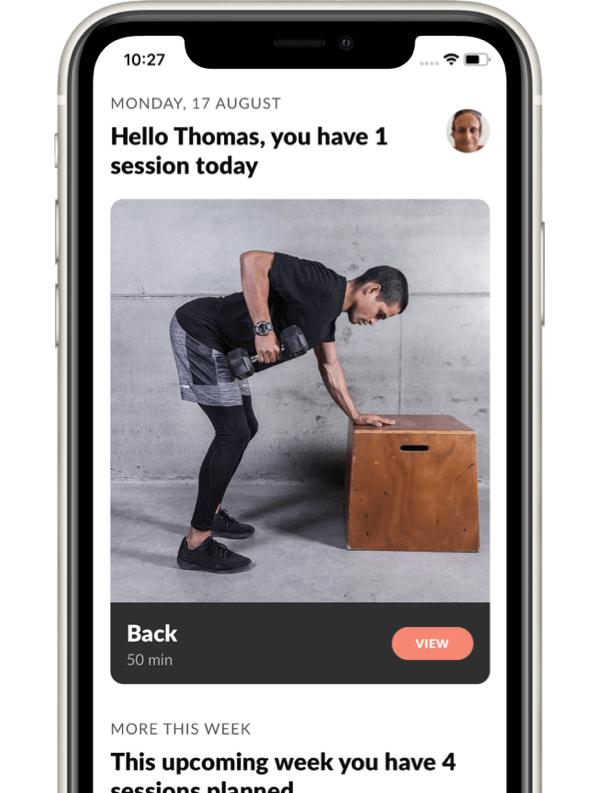